Home Guides What is input lag and how does it work?

As a PC user, you must know about input lag, It occurs when there’s a delay between what you do on your input device and what happens on screen. This can be a huge problem in fast-paced games where timing is everything, and even a few milliseconds can mean the difference between victory and defeat.

How does it look?

Input lag is the time it takes for your monitor to display what’s happening on your computer or device. This can be different from one game to another, or even from one graphic setting to another.

For example, if you're playing a first-person shooter and you're trying to headshot an enemy player, you need to account for the time it takes for your input to register on the screen. If there's a noticeable delay, you're at a disadvantage because your opponent will already have moved by the time your shot appears.

What is input lag for gaming?

For gamers, the input lag is a significant TV feature. The number of milliseconds it takes for your controller to reach and react to the screen is determined by this value. The faster the TV responds to your commands, the lower the input lag.

The lower the input lag, the better. The ideal input lag for gaming is as close to zero as possible. Does input lag affect FPS? Input latency may be reduced by higher frame rates. This is crucial for competitive gaming. In CS:GO, million-dollar prizes are offered to players who win eSports competitions with differences in human reaction times of only milliseconds. Single-GPU cards with greater framerates reduce lag significantly.

Ghosting is a type of image artifact that can occur when there is too much input lag. Ghosting happens when the frame rate of the game you're playing is lower than the refresh rate of your monitor. This causes “ghost” images to appear on the screen as the frames start to repeat themselves.

Ghosting can be distracting and make it difficult to play the game. If you're experiencing ghosting, try lowering the graphical settings of the game or increasing the refresh rate of your monitor.

There are a few things that can cause input lag: 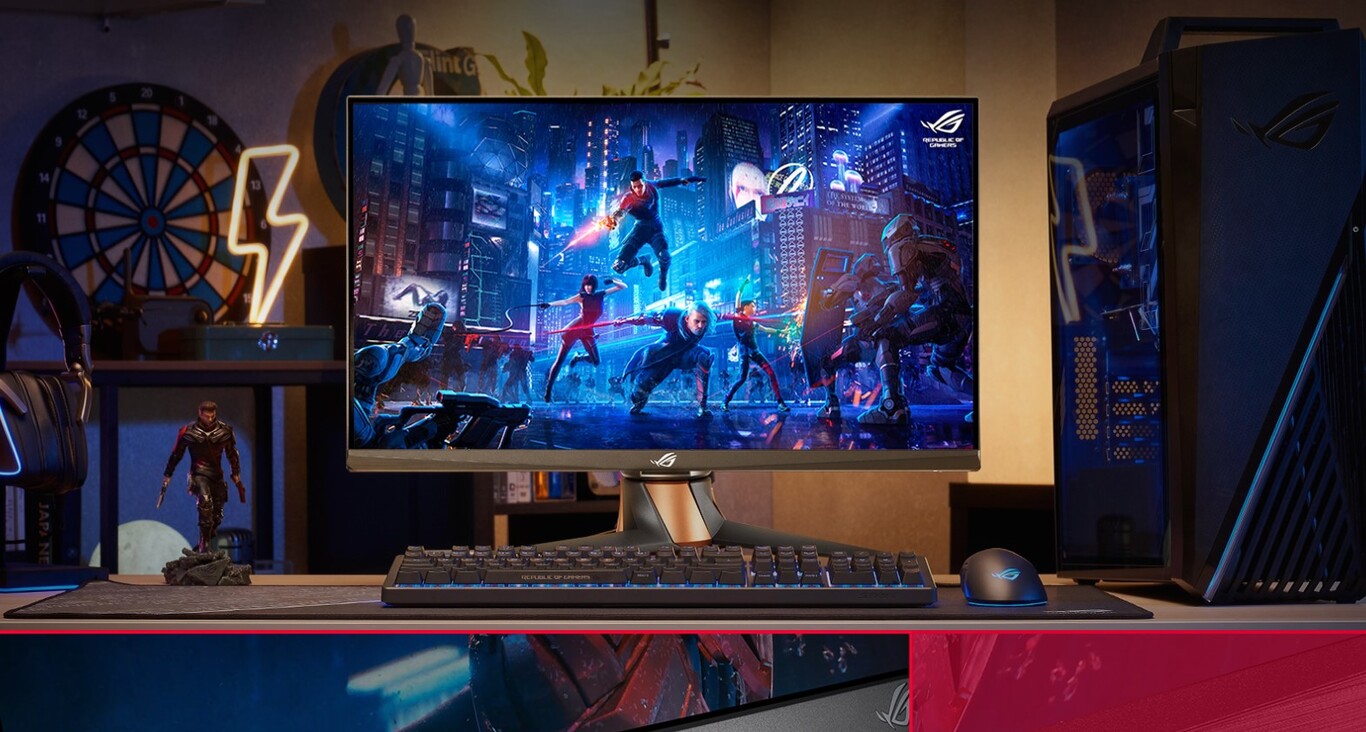 Refresh rate is one of the most popular factors that affect input lag. A higher refresh rate means that your monitor can display more frames per second, which can lead to a smoother gaming experience. However, it's worth noting that a higher refresh rate doesn't always mean less input lag. At the same time, even if you have a high refresh rate like 144hz, you will still have input lag if the rest of your hardware isn't up to par.

Input lag can also be affected by your graphics card. If you're using an older or less powerful card, it might not be able to keep up with the demands of the game you're playing. This can lead to stuttering or frame skipping, which can in turn cause input lag. A graphic card affects your monitor in such a way that it can’t show all the frames per second that it is receiving from the computer. In such a case, you will see screen tearing.

The last factor is your internet or server connection. If you're playing an online game, the server might be far away from you. This can cause a delay in the signal, which can lead to input lag. When you have an unstable or slow internet connection, your computer has to work harder to receive the data from the server. As a result, you will experience what is called “rubber banding”, where your character appears to move in fits and starts.

What is a good input lag?

So, how long should your input plug be? Fighting games and other competitive games need an input flag that is equal to or less than 15 milliseconds. While some gaming monitors have greater latency than others, most monitors can still play and enjoy a game's design. If you’re looking for a gaming monitor with low input lag, make sure to check the specs before you buy.

Input lag can be bad depending on what you're using it for. If you're a competitive gamer, even a small amount of input lag can mean the difference between winning and losing. However, if you're just playing for fun, input lag might not be as big of a deal.

In general, the lower the input lag, the better. But at the end of the day, it's up to you to decide whether or not it's worth spending extra money on a monitor with low input lag.

The display lag (also known as input latency) is the time it takes for your GPU to transmit a frame to your monitor and for the screen to actually show it. This is critical in gaming, where 15ms or less of input latency is ideal.

A lot of people think that a lower number is always better, but that's not necessarily the case. For example, if you're playing a game with a high framerate (144+ fps), you might not notice any difference between a monitor with 15ms of input latency and one with 5ms of input latency. It really depends on what you're using it for. If you're a competitive gamer, even a small amount of input lag can mean the difference between winning and losing. However, if you're just playing for fun, input lag might not be as big of a deal.

In general, the lower the input lag, the better. But at the end of the day, it's up to you to decide whether or not it's worth spending extra money on a monitor with low input lag.

How do I test input lag?

Stopwatch software or an external device can be used to measure input lag. An automated input device and oscilloscope are used in professional lag testing. If available, use game mode; make sure you're using the native resolution; and set the frame rate to match the monitor's refresh rate to minimize system latency.

To measure input lag, start the stopwatch when the game environment changes (a new frame appears on-screen) in response to your button press. Stop the stopwatch when your character begins their action on-screen. The result is your total input lag. So, for testing input lag for your monitor, all you need is a stopwatch to play the game.

How do I reduce input lag?

If you want to get rid of input lag, there are a few things you can do:

Wired connections are always going to be better than wireless because they have less latency. If you're using a controller, make sure it's plugged into the console with a USB cable. For PC gamers, use an Ethernet cable to connect directly to your router.

V-sync is a graphical setting that can help reduce screen tearing, but it can also add input lag. If you're having trouble with input lag, try turning v-sync off. Most TVs have a game mode that disables certain features like image processing in order to improve performance. If you're playing on a TV, see if there's a game mode and give it a try. 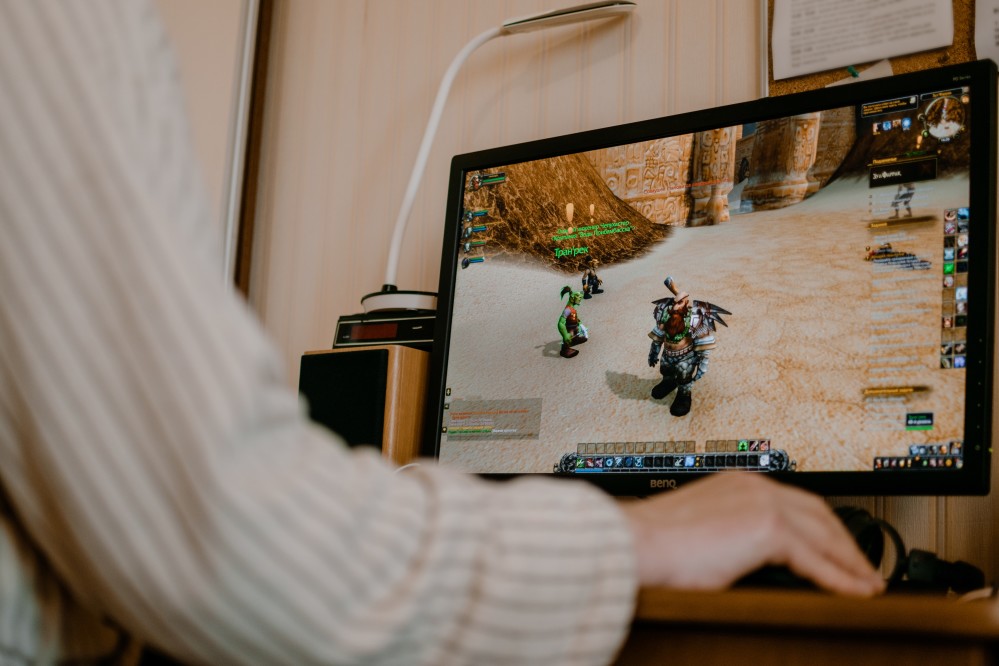 Finally, lowering your graphics settings can help improve performance and reduce input lag. If you're having trouble with input lag, try turning down the resolution or graphical quality.

Can you get rid of input lag forever?

As long as you have a computer or gaming console, there will always be some input lag. However, there are ways to reduce or minimize it. By following the tips above, you can help improve your gaming experience and get rid of input lag. Still, you can't get rid of input lag forever, but that doesn't mean you can't enjoy your games. So, don't let input lag get you down, and happy gaming!

Does the PS5 have an input delay?

According to recent tests, KOF15 on PS5 has an average latency of 90.67 milliseconds. On the newer hardware, this equates to around 5.44 frames of input lag, whereas on the older hardware it was closer to 10 frames.

The main difference appears to be that the PS5 has a lower base latency, which means that input lag will only become an issue at higher frame rates. This is due to the fact that the PS5 uses a completely different display interface than the PS4. The HDMI 2.1 standard on the PS5 includes features like shorter refresh cycles and variable refresh rates, both of which help reduce input lag.

So, while the PS5 does have some input delay, it's not as bad as the older hardware. If you're a competitive gamer, you might want to consider upgrading to the newer console. Otherwise, don't worry about it too much and enjoy your games!

Do big TVs have input lag?

The truth is, the input lag on a 4K TV can actually be quite good. The problem is that most 4K TVs don't have a game mode, which means that they're constantly processing the image and adding latency. If you're looking for a 4K TV with low input lag, make sure to find one with a game mode. Otherwise, you might be better off with a 1080p TV.

Any big TV is going to have some input lag, but it shouldn't be a problem for most people. If you're a competitive gamer, you might want to consider getting a TV with a game mode. Otherwise, don't worry about it too much and enjoy your games!

Can HDMI cause input lag?

There is no latency when connecting an Xbox One to a TV via HDMI. The majority of input lag is due to the TV rather than the HDMI input. However, there are certain exceptions to this rule. If you're using a low-quality HDMI cable or an old flat panel television, you may encounter delays when utilizing your Xbox One.

To ensure the best possible experience, we recommend using a high-quality HDMI cable and a newer television. If you're still encountering input lag, please consult your television manufacturer for further assistance.

In general, HDMI should not cause any input lag. However, there are certain exceptions to this rule. If you're using a low-quality HDMI cable or an old flat panel television, you may encounter delays when utilizing your gaming console. Moreover, HDMI-specific features like CEC can also add latency.

Input lag is the delay between when you press a button and when the action happens on-screen. It's measured in milliseconds, and the lower the number, the better.

There are several ways to reduce input lag, including using a high-quality HDMI cable and enabling game mode on your TV. However, it's important to keep in mind that some amount of input lag is inevitable.

Don't let input lag get you down and happy gaming!