Home Guides Syria: before and after

Syria is a country that is located in Western Asia. Before the Syrian Civil War, which started in 2011, Syria was home to around 22 million people. The war has resulted in the death of over 400,000 Syrians and the displacement of over 11 million people.

Before the war, Syria was ruled by a dictatorship under Bashar al-Assad. The Assad family has been ruling Syria since 1970. The Syrian government is a unitary state, which means that power is centralized in Damascus. The country is also the Arab Socialist Republic, meaning that it follows a socialist model of governance.

What caused the war?

The Syrian Civil War started in 2011 when a group of unarmed protesters calling for democratic reforms were shot at by the Syrian military. The protesters turned into an armed insurgency, and the war has been raging ever since. The main fighting groups are the Syrian government, supported by Russia and Iran, and the Syrian rebels, supported by the United States, Turkey, and Saudi Arabia.

What has happened during the war?

The war has resulted in the death of over 400,000 Syrians and the displacement of over 11 million people. More than six million Syrians have been internally displaced, meaning they have had to flee their homes but remain within Syria’s borders. Another five million Syrians have fled to neighboring countries, mainly Lebanon, Jordan, and Turkey.

Syria is an international pariah state. The Bashar al-Assad regime has been accused of crimes against humanity, including the use of chemical weapons on civilians, enforced disappearances, mass executions, systematic torture in detention facilities, targeting medical personnel and hospitals for the attack, sexual violence as a weapon of war, and the besieging to starve out populations.

In addition to the direct death toll from fighting, there have been indirect deaths from deprivation. An estimated four million Syrians are living under siege today – denied access to food and medicine – many of them in areas under government control. In June 2016 a truck bomb killed more than eighty people in a busy commercial district in the city of Homs – another brutal example of how this conflict continues to kill in other ways. 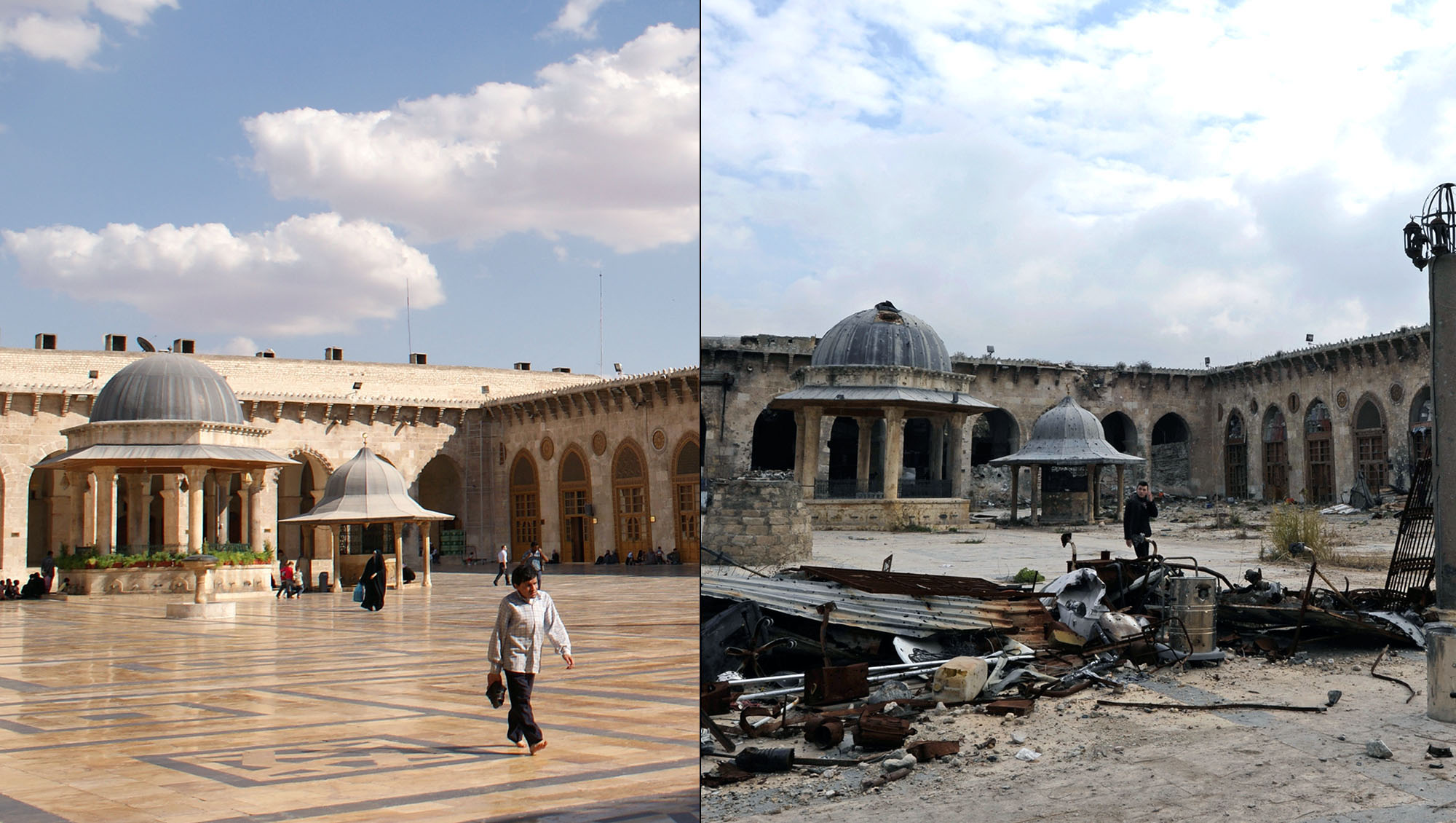 Syria today is divided between forces loyal to the Syrian government and terrorist organizations like Daesh (ISIS). The situation on the ground is extremely complex with countless front lines, fronts within fronts, and constantly shifting alliances among a mixture of state and non-state actors.

The Syrian government is a unitary state, which means that power is centralized in Damascus. The country is also the Arab Socialist Republic, meaning that it follows a socialist model of governance. Bashar al-Assad has been the president of Syria since 2000. He succeeded his father, Hafez al-Assad, who was in power from 1970 to 2000. The Assad family has been ruling Syria since 1970.

Daesh (ISIS) is a terrorist organization that controls large swathes of territory in Syria and Iraq. Daesh is opposed to both the Assad regime and the Syrian rebels.

What happened to Bashar al-Assad?

Bashar al-Assad was re-elected President of Syria in June 2014. Since then he has lost control over large parts of the country, including most major cities such as Aleppo, Homs, Raqqa, Idlib City, and Deraa. The rules mainly over strongholds in Damascus and areas along the Mediterranean Coast with Russian support and Iranian funding through Hezbollah militants fighting on his side.

The capital of Syria is Damascus. The city has a population of over two million people and is the largest city in Syria. It is also one of the oldest continuously inhabited cities in the world, with evidence of human habitation dating back to 9,000 BC. Before the war, it was Syria’s largest city and the capital of a poor country hosting 16 million people. The city is recovering from the war and has also been partially destroyed by years of government airstrikes.

Today it is situated behind front lines, with two million inhabitants living in government-controlled areas and 1.5 million in rebel-held enclaves. It has been subject to numerous terrorist attacks by Daesh (ISIS), including suicide bombings that killed hundreds of civilians. 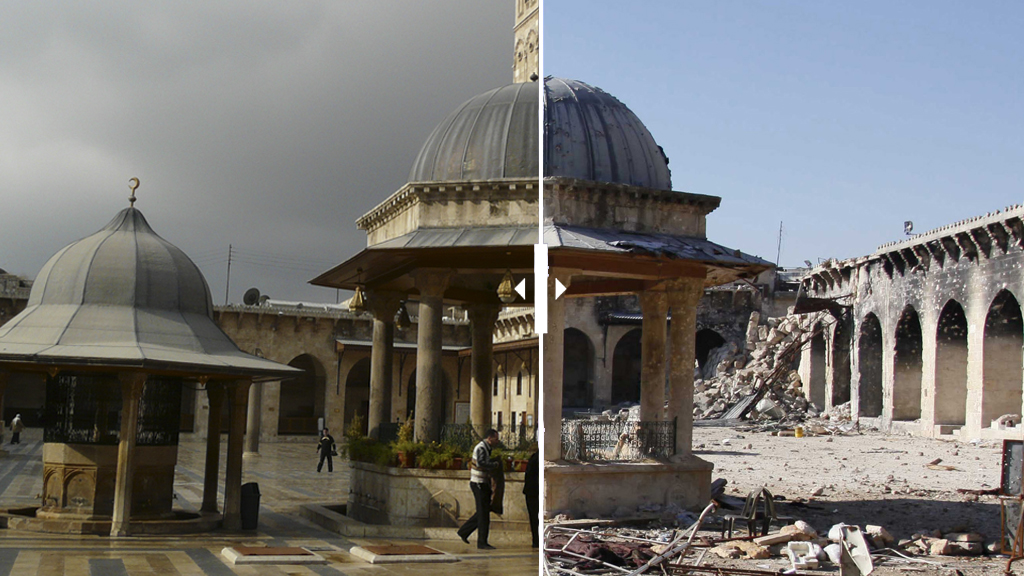 Before the war, it was Syria's largest city, second to Damascus in terms of population. Aleppo had a vibrant economy with rich history and culture. Syria's largest Christian community was located there as well as one of the oldest Jewish communities of the Middle East.

In 2012, parts of Aleppo were seized by rebel forces who made it their main stronghold in northern Syria. In two years rebels pushed government forces from most of the surrounding countryside and besieged half a million people inside Aleppo for almost a year until a cease-fire was brokered by Russia and Turkey in August 2016.

The siege has been going on ever since but fighting is still continuing in some districts of Aleppo today while civilians continue to suffer from lackluster humanitarian access and shocking levels of violence on all sides including indiscriminate aerial bombardment.

In December 2016, the Syrian government announced an all-out offensive to retake Aleppo and succeeded in driving the rebels out of most of the city by December 22, 2016. The fall of Aleppo is seen as a turning point in the war with Assad now firmly in control of Syria's main cities and most of its population. Tens of thousands of people have fled to Idlib province which is now one of the last major strongholds of the Syrian rebels.

Jisr ash-Shugur is a city in Idlib province, located on the western bank of the Orontes River. The city was captured by Syrian Army forces from rebel fighters in June 2015.

The recapture of the city was seen as a major victory by the Syrian government and its allies. After the capture of Jisr ash-Shugur, the Syrian Army tightened its siege on the remaining rebel-held areas in Idlib province.

In July 2012, Syrian Kurds established a transitional autonomous government in three regions of northern Syria, which they call 'Western Kurdistan' or Rojava. They have been able to sustain an administration and have made strides towards building a society based on principles of grassroots democracy, gender equality, and sustainability despite the war.

The people there have also been fighting Daesh alongside US-backed Kurdish forces known as SDF (Syrian Democratic Forces). In March 2016, Syrian Kurds declared their own federal region called Rojava.

Syria's economy has been devastated by the war with GDP falling from $60 billion to around $20 billion today according to some estimates. In 2011, Syria's gross domestic product was about $64 billion before the war began. Losses from the conflict are estimated at $226 billion, according to the United Nations. More than 70 percent of Syrians live in poverty and over a million people have fled the country. 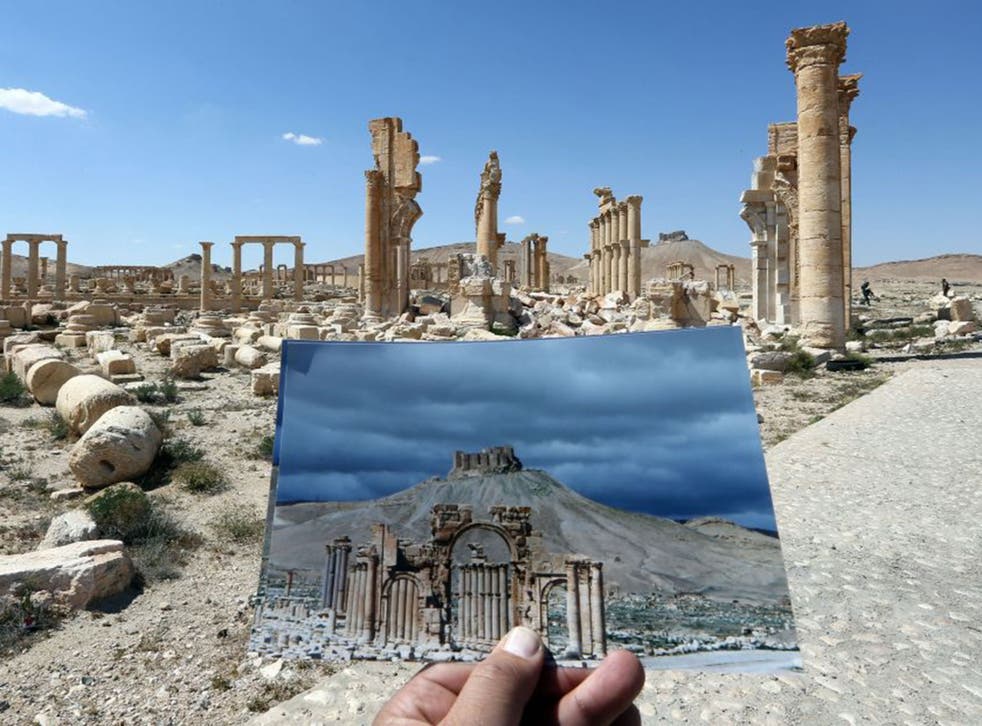 In May 2015, Daesh captured the ancient city of Palmyra, a UNESCO World Heritage Site. They proceeded to destroy many of its famous temples and artifacts. In March 2016, Syrian government forces backed by Russian airstrikes recaptured Palmyra from Daesh.

This was a major victory for the Syrian government and its allies and was seen as a significant reversal for Daesh which had been making significant advances in Syria at the time.

Since retaking Palmyra, Syrian government forces have been working to clear mines and restore the city's infrastructure. However, there is still much work to be done as most of the city lies in ruins. Reconstruction is estimated to cost billions of dollars which Syria will not be able to finance on its own.

In January 2018, Turkish military forces and their Syrian rebel allies launched a military offensive against the Kurdish-controlled enclave of Afrin in northwest Syria. The offensive was opposed by the United States which had been supporting the Kurds in their fight against Daesh.

The Turkish military and its allies have succeeded in capturing most of Afrin but the fighting is still ongoing. Tens of thousands of people have been displaced by the fighting and there has been extensive damage to civilian infrastructure. Humanitarian conditions are dire with insufficient food, water, and medical care. More than 280,000 people are estimated to be living in Afrin prior to the offensive and that number is now likely much higher.

Nowadays, Syria is a very dangerous place to live in. There are constant airstrikes, bombings, and gunfights happening all over the country. Not to mention the fact that there's a severe lack of resources such as food, water, and medical supplies. As a result, many people have fled Syria in hopes of finding safety elsewhere. The ones that have stayed behind are faced with a lot of challenges on a daily basis.

Even though Syrian Kurds have been able to establish an autonomous government in some parts of the country, it's not without its problems. For example, women still don't have the same rights as men and there have been reports of human rights abuses by Kurdish forces. 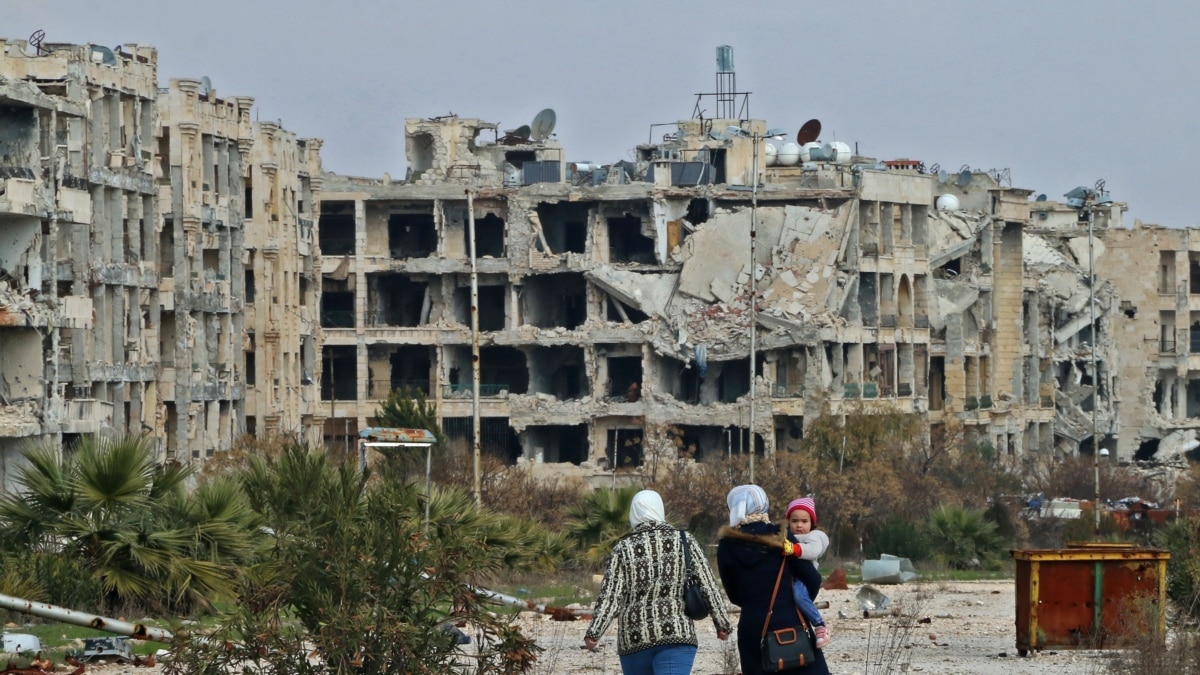 Overall, life in Syria is pretty difficult right now for most people. There's no end in sight to the conflict and there's a lot of uncertainty for people who still live there. A lot of things need to be fixed and addressed before Syria can even start to return back to its former glory days.

Is there any hope for the future?

There is no military solution to this conflict. The only way forward is for all parties involved to negotiate a peace agreement. There have been many attempts at peace talks, but none have resulted at an end to the war or full implementation of ceasefires. In Astana, Kazakhstan, Russia, Iran, and Turkey agreed on four de-escalation zones with the aim of protecting civilians from airstrikes and artillery shelling by establishing safe corridors between different areas in Syria through which civilians can cross safely.

However several violations have already been reported in these zones and fighting continues in most parts of Syria without interruption. It is imperative that humanitarian access be granted in order to reach people in need and provide life-saving assistance. The lives of millions depend on it.