We all know the basics of photography - ISO, aperture, and shutter speed. But what do these things actually do? And how do they work together to create a well-exposed photo? In this article, we'll take a look at the shutter speed and how it helps to control the exposure of your photos.

What is a shutter?

The shutter is simply a curtain that opens and closes over the sensor of your camera. Just like the iris of our eyes, it can open or close to let in more light.

When you take a picture on your digital camera, the part of your camera that lets in light (the sensor) captures the image by recording how much light was exposed to it for that instant. This information is saved as an image file along with all of the other data about the photo (ISO, aperture, etc.).

How is it measured?

Like all other factors involved in taking a photograph, shutter speed is measured by seconds. The term 'seconds' here refers to the length of time that the curtain spends either open or closed during the exposure. A typical camera shutter will stay open for about 1/60th of a second before moving again, which essentially means it moves very quickly.

That said, if you are hand-holding your camera and using anything other than its base ISO (100), you should probably use at least 1/125th to avoid motion blur. This means that the sensor should receive at least 1/125th of light, which should be enough to stop all motion.

How does it work? 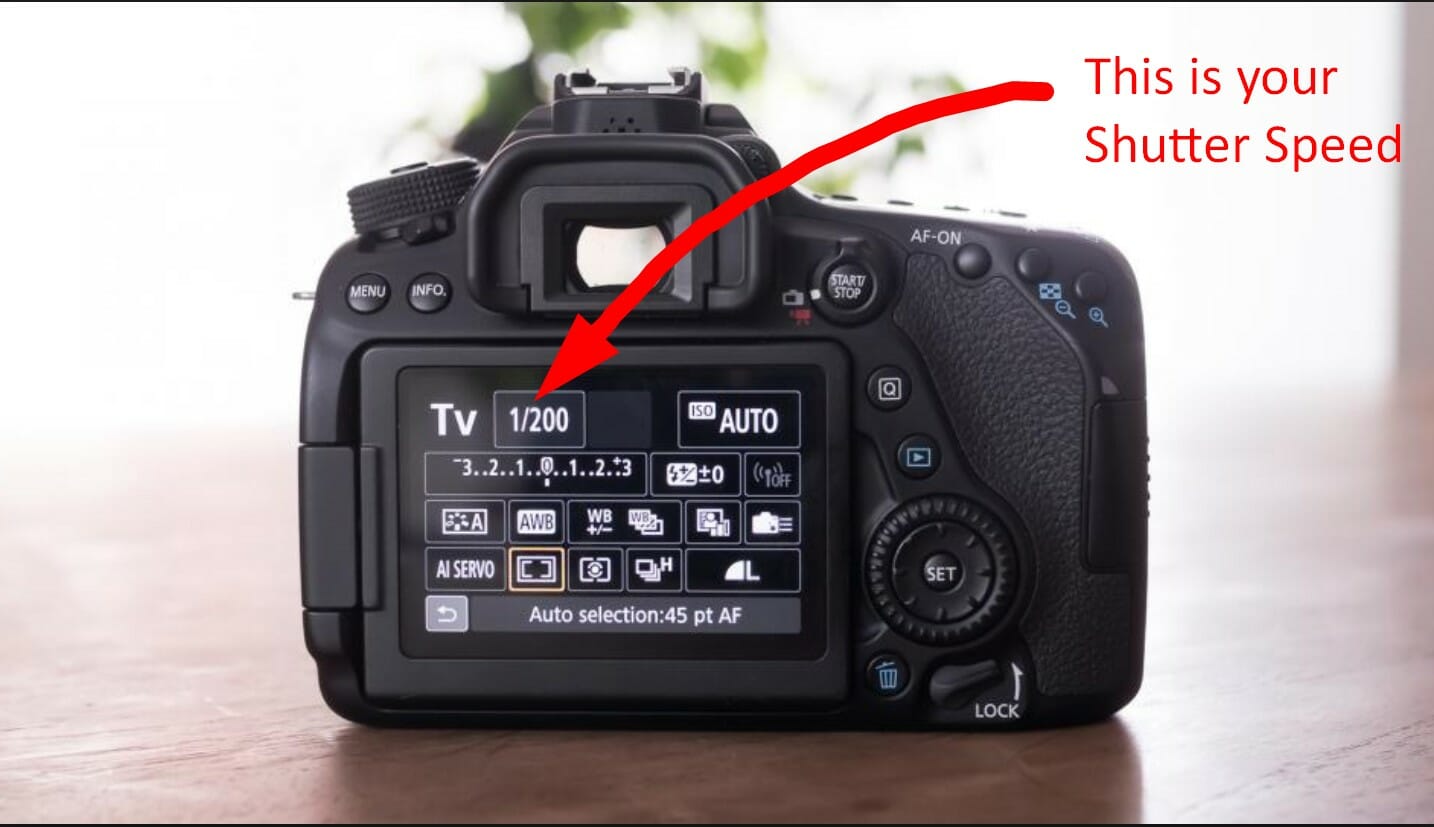 The shutter speed you select should determine how much light gets into your camera based on what you are trying to achieve with your exposure. For example, if you are using a tripod then you can use longer exposures without any movement blurring your image. However, if you're photographing sports or other moving subjects then anything over 1/250th is too slow and will cause the subject to appear blurry even if they are standing still.

Depending on whether or not you have a synchronized flash, there are two different types of shutters - front-curtain and rear-curtain.

The front-curtain shutter works by opening the shutter and then firing the flash immediately. This causes the flash to light up your subject at the beginning of the exposure which can help to freeze any movement.

The rear-curtain shutter, on the other hand, waits until after the exposure has been made before firing the flash. This type of shutter is often used when you want to show some motion blur in your photo. For example, if you are photographing a car driving past, you would use a rear-curtain shutter to create a sense of motion.

Which one do I use? The answer to this question really depends on what you're trying to achieve with your photograph. If you're not sure, try experimenting with both to see which gives you the results you're looking for. However, if you're using a flash then it's best to use a front-curtain shutter as it will help to freeze any movement.

How long should my shutter speed be?

If you've ever taken photographs outside at night, you know how hard it can be to make things look well-exposed without using flash. Because there's not much light around at night, you have to use a longer shutter speed. The same thing happens when you take pictures inside your house without turning on the lights or at night in general.

In order to let in enough light, the camera has to leave the shutter open until it is exposed to a good amount of light - usually 1/30th of a second indoors and 1/15th of a second outside during the day. Any less than that and there won't be enough time for the sensor to absorb any information about what's happening in front of it. Any more than that and your images will come out blurry from too much movement.

What does my DSLR offer?

Most digital cameras allow you to choose different settings for your shutter speed, which range from 30 seconds all the way down to 1/4000th of a second. This is what's called the shutter speed range.

Your DSLR might also offer a Tv (time value) mode which will let you choose a specific shutter speed to use, rather than relying on the camera to choose one for you. This is especially useful if you know that you need a very fast shutter speed to freeze the action or a slow shutter speed to blur motion.

Tv or shutter priority mode is a semi-automatic mode on your DSLR that allows you to choose a specific shutter speed while the camera automatically selects the corresponding aperture. This can be really helpful when you want to make sure that your images are well-exposed using the aperture alone.

For example, let's say you're photographing a person running on a sunny day. Normally your camera would choose ƒ/22 for the best depth of field to keep everything in focus, but that might be too dark so they appear blurry.

If you switch your DSLR to Tv mode and select 1/1600th of a second, then it will stay at ƒ/22 no matter how fast or slow they are moving because it automatically adjusts the aperture by changing the shutter speed. You can even adjust your ISO if that makes things worse instead of adjusting your aperture - just try not to go above ISO 800 since anything higher starts to get grainy.

What is my camera doing when I use a shutter speed of 1/15th of a second?

If you take a picture using a shutter speed of 1/15th of a second, your camera is leaving the shutter open for 15 milliseconds. This might not seem very long, but if there's any movement at all in your photo, it will be blurry. That's why it's important to use a tripod or some other type of stabilizer when shooting with slow shutter speeds.

How can I tell if I'm getting the right exposure? 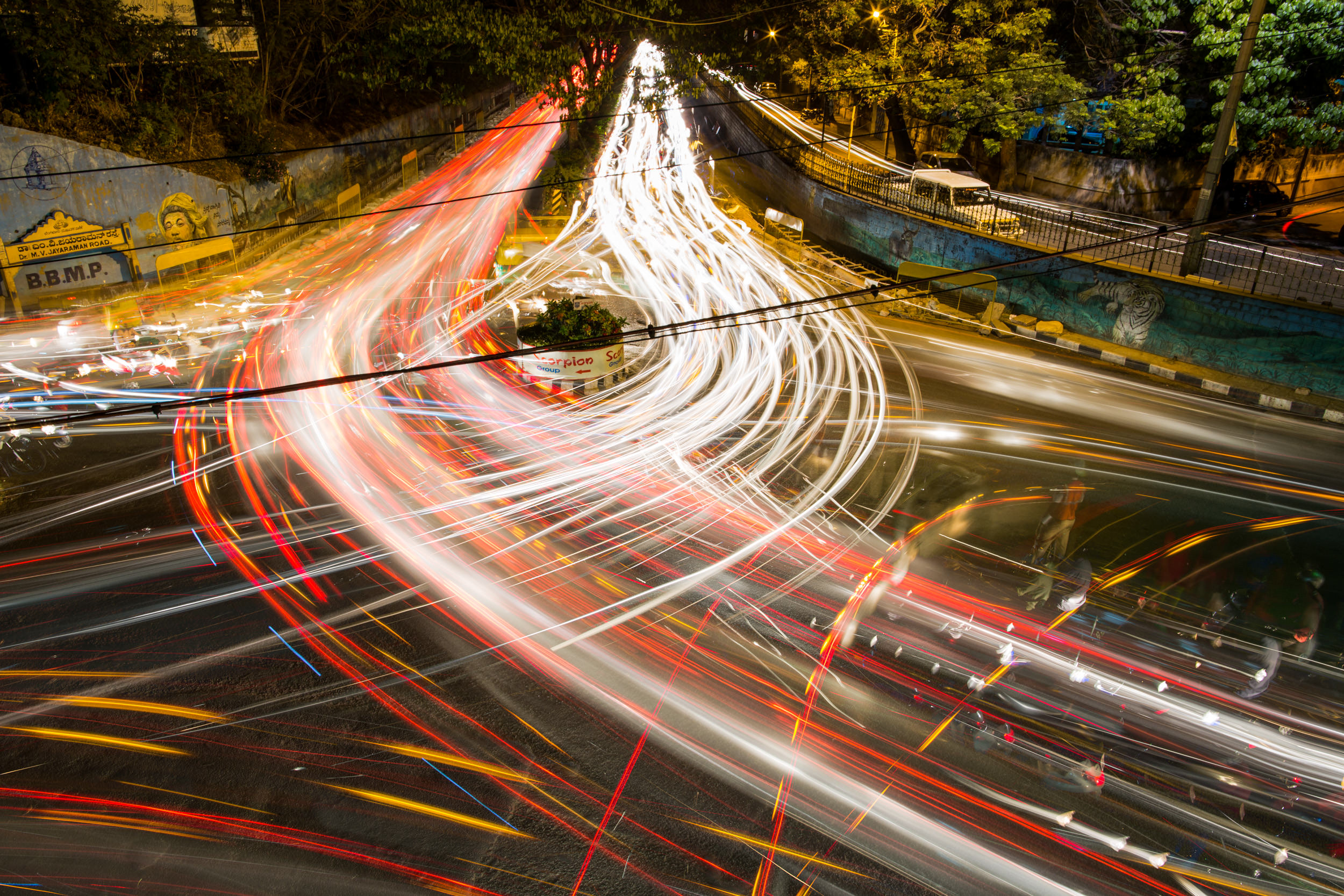 The best way to check the exposure of your photos is to look at the histogram. This is a graph that shows how many pixels are being recorded at each brightness level. If most of your data is bunched up on the left side of the histogram, then your photo is underexposed. If it's bunched up on the right side, then it's overexposed. If it's spread evenly throughout, then your photo is correctly exposed.

You can also use the exposure meter in your camera to help you get a better idea of how well your image is exposed. This little gauge will move from -2 to +2 as you change the exposure settings on your camera, telling you whether or not your photo is getting brighter or darker.

If you're still not sure if your photo is properly exposed, try taking a few shots at different shutter speeds and see which one comes out best. It can be helpful to bracket your shots by taking one at 1/15th of a second, one at 1/30th of a second, and one at 1/60th of a second to give you some different options to choose from.

Shutter speed and motion on a shot

It's also important to keep in mind that the longer your shutter is open, the more movement will be captured in your photo. This can be used to great effect when photographing things like waterfalls or cars driving by, but it's important to make sure that you're not moving the camera too much while the shutter is open. Otherwise, your photo will be blurry.

How do I shoot fast-moving subjects?

If you want to capture the action but your shutter speed isn't fast enough, then it might be time to turn on continuous shot mode. This will allow you to hold down the button while shooting multiple images in a row, giving you more of a chance at getting the perfect shot. If only one of them is sharp, then you can at least use that as a reference for how you should have been holding the camera.

You can also try bracketing your shots by taking one at 1/15th of a second, one at 1/30th of a second, and one at 1/60th of a second to give you some different options to choose from. This is when you take three photos in a row with three different shutter speeds so that you have more flexibility when it comes time to edit.

If you want to take a photo of a person running and you're using a high shutter speed, then you'll probably want to turn your ISO down and set your aperture somewhere around ƒ/5.6 or ƒ/8. This will help make sure that they aren't blurry when you take the photo since you chose this setting specifically to freeze their movement. 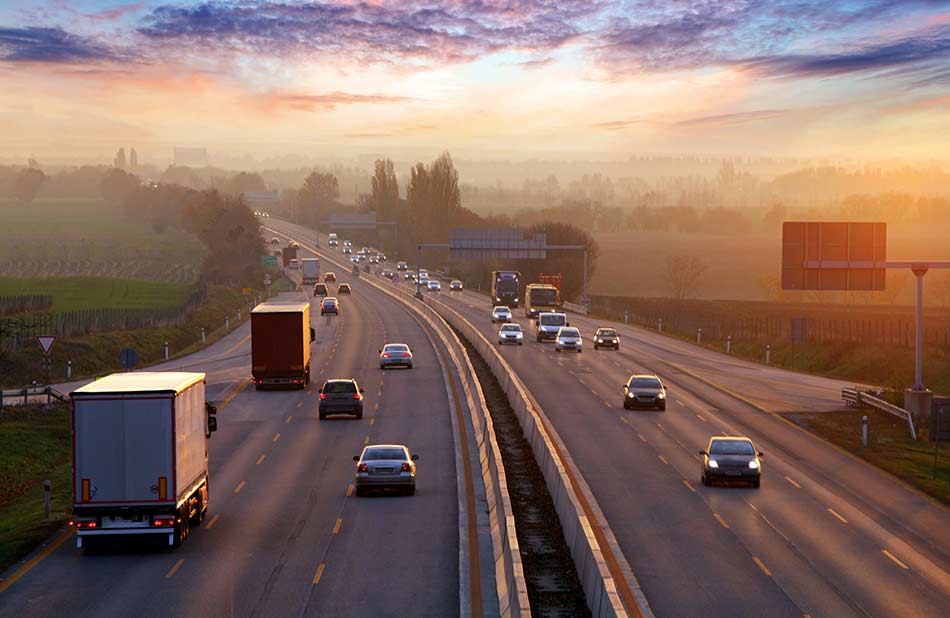 If you're not worried about catching every minute detail in someone's movement, then it might be better if they were blurred in your photos. In this case, choose a slower shutter speed like 1/13th of a second or 1/25th of a second and keep the ISO fairly high (above 800) to allow more light into the camera. If you're using a tripod, you can even go as low as 1/8th of a second without any problems.

You can also take long exposure shots in bright conditions, but you'll need to set your camera on a tripod or use some other stabilizer since there likely won't be enough light if the sun is out. Most people use ND filters when taking long exposure photos during the day because they help reduce light scattering and make sure that you get high-quality images even in broad daylight.

Shutter speed is one of the most important settings on your camera, and it's something that you'll want to play around with to see what works best for each situation. Keep in mind the basic concepts – like how fast a shutter speed needs to be to freeze action or how long an exposure can be without causing blur – and you'll be able to take great photos no matter what the situation. Happy shooting!