Home Photoshoot tips Landscape vs Portrait Orientation in Photography: Which One to Choose

If you've ever printed a picture, posted it on Instagram, or received family pictures, you probably know the terms "portrait" and "landscape" to refer to the orientation of photos or videos. Here’s how quickly identify portrait vs landscape orientation: 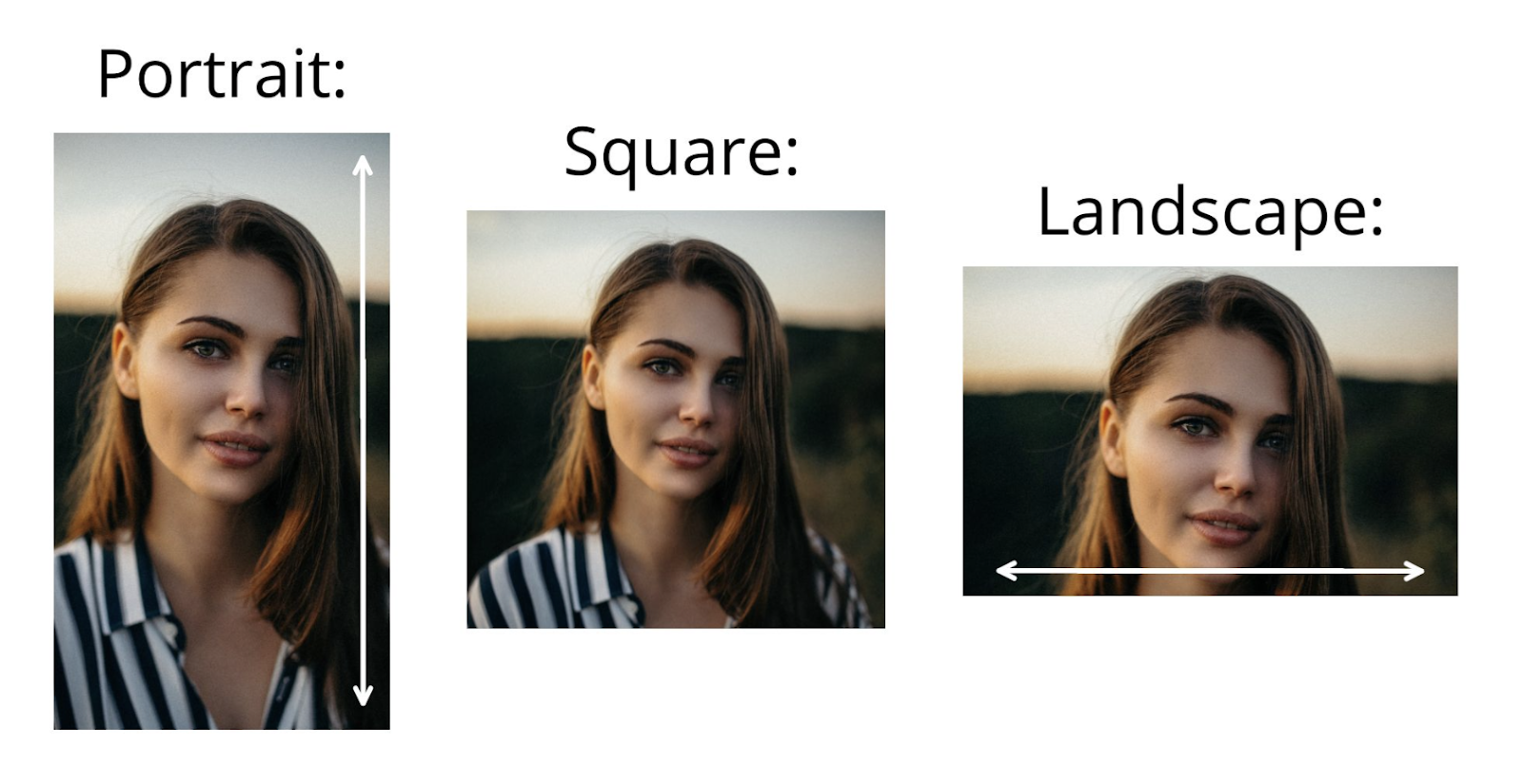 Basically, the portrait is used to describe any aspect ratio that is taller than a square, where the width of a photo, video, or document is shorter than its height. On the contrary, landscape refers to an aspect ratio that is wider than its height. Portrait orientation is the same as a portrait layout. It might be useful to think of landscape as opposite from portrait.

Since people are used to reading from left to right, the portrait orientation is considered best for text or similar layouts. In this orientation, you could see more lines of a paragraph at once, making it easier for the reader.

Portrait orientation has the disadvantage of not being able to show as much of a scene. This is because it cuts off objects at the top and bottom of the image, which is closer to you. It’s also more difficult for people with portrait tattoos since they are usually read from top to bottom or head-on.

Horizontal orientation, on the other hand, describes everything that is wider than a square, where the width is greater than the height. This orientation is used to show images and videos.

Images look better in this orientation because they can utilize the width that doesn’t exist with portrait images. This way, you get a wider field of view and see more scenery than what portrait photos would provide for you. It also creates a nice horizontal shape instead of just a skinny rectangle. Another benefit is that it works well with websites since everyone views them horizontally 90% of the time anyway!

One major disadvantage is that it doesn’t easily fit well with text or similar layouts since reading would be done from left to right rather than top to bottom as we usually do when we read books and magazines. If you’re showcasing images online, this might not be an issue since viewers would likely see it full screen.

Landscape vs Portrait Orientation: Which one is better?

Honestly, both are useful for different purposes. It really depends on your desired result. If you want to show more of a place or scene, landscape orientation would be best for you. If you’re using text or similar layouts, the portrait would give the user a clear view of what they have to read without cutting off anything important. On the other hand, if you exhibiting photos or videos that want to utilize all of their widths in order to show more scenery, landscape orientation can do just that! We hope this article helps you understand the differences between the two rations and choose which one to use more often!

Whether you use portrait vs landscape format depends on many different factors, such as the target platform, the visual design of your topic, and the type of content you are creating. Let's begin!

Whether you are working in portrait vs landscape orientation, it is important to understand the most common dimensions for different types of images and videos in both orientations. Let’s go into the most important ones:

When creating content for digital channels, the primary platform you will use to publish your content should be one of the main considerations when deciding whether to use portrait vs landscape orientation. In most cases, your safest option is likely 16: 9, but it may not be the best option.

How popular is the landscape vs portrait orientation?

Popularity has nothing to do with the content itself, but rather how ready your audience is to consume it. For years, social media platforms have made videos in vertical orientation that are better to view than vertical photos.

Using 9:16 for horizontal images and video

According to data from YouTube, people prefer landscape videos that are between 9: 16 and 9:32, making these two aspect ratios by far the most popular choice for creating your visual content. And since over 1 billion hours of content is watched daily on YouTube (including both vertical and horizontal videos), it has become the de facto standard for online video consumption

On Twitter, like Facebook, users generally do not want to see videos turned sideways (9:16) in their feeds; they want them to display full screen no matter how they are oriented.

Whether to use portrait vs landscape orientation depends on the platform you’re using for your visual content, and what your audience prefers to consume through different media. If you present videos in a vertical format on Facebook or Twitter, users will likely expect it everywhere, so be sure to choose portrait orientation where appropriate!